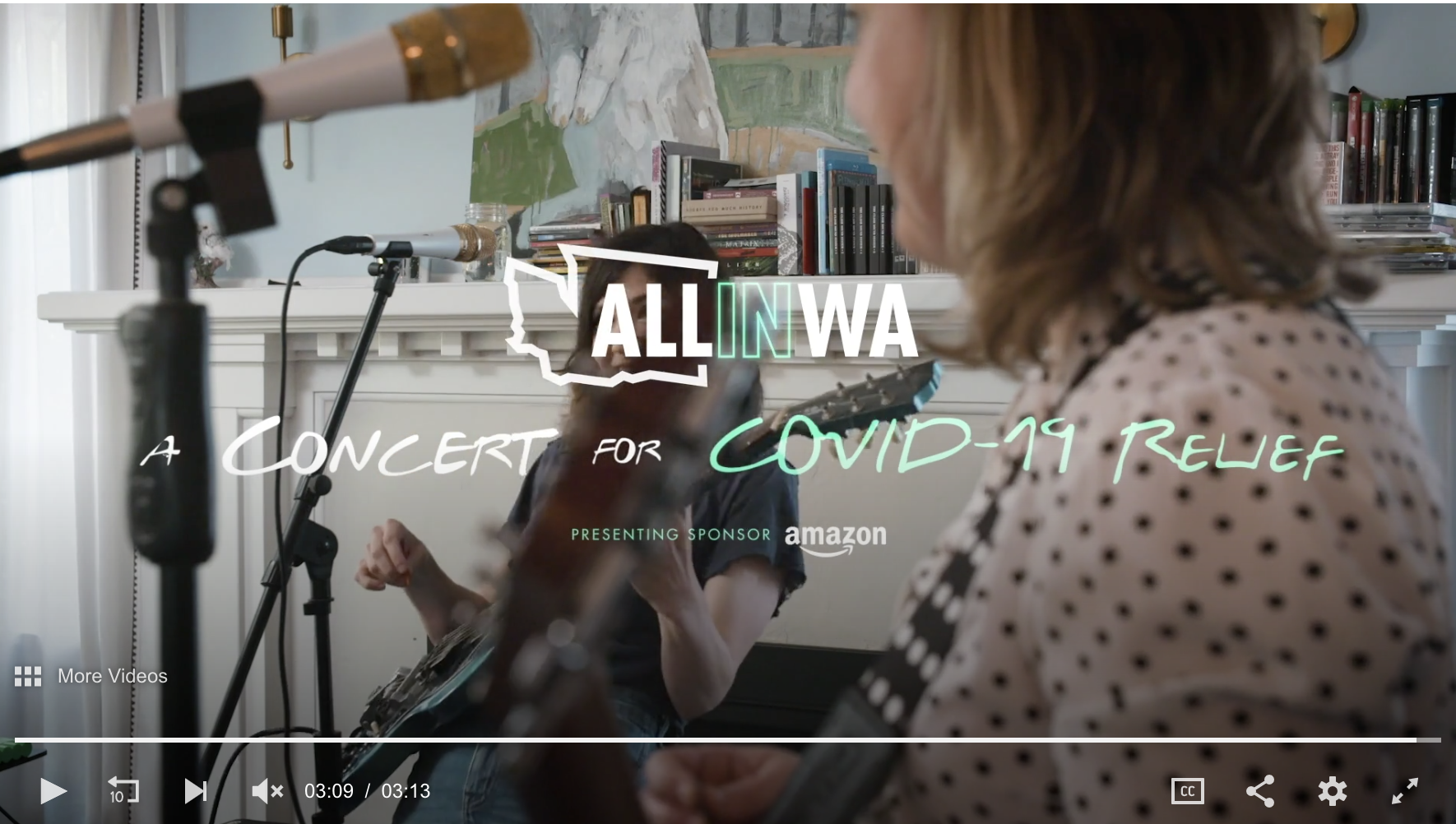 Ben Gibbard, Sleater-Kinney, Brandi Carlile, and others joined forces for the 75-minute All in WA COVID-19 relief concert on Wednesday.

The Washington state artists brought their most-beloved songs to the table, with Ben Gibbard performing the Postal Service’s “Such Great Heights,” Sleater-Kinney tearing through “Modern Girl,” and Brandi Carlile singing “The Story.”

The virtual concert was hosted by Pearl Jam, who played their Gigaton track “Dance of the Clairvoyants” for the first time. Dave Matthews, Ciara, Macklemore, Nancy Wilson, Sir Mix-A-Lot, the Head and the Heart, were also among the performers.

Bill Gates made an appearance during the concert, addressing the pandemic and racial injustice: “These are unprecedented times,” he said. “From the devastation caused by the COVID-19 pandemic to the brutal injustices that black people experience in our country, we’re facing some of the biggest challenges of our lifetimes.”

“I’m inspired by how Washington has responded,” he continued. “People around our state and around the world are coming together to save lives and make the world a better place. Scientists are working on new tools to detect, treat, and prevent COVID-19. I believe that we’ll have a safe, effective vaccine sometime next year.”

All in WA was presented by Amazon and aired on broadcast and cable networks; it’s now streaming on Amazon Prime.