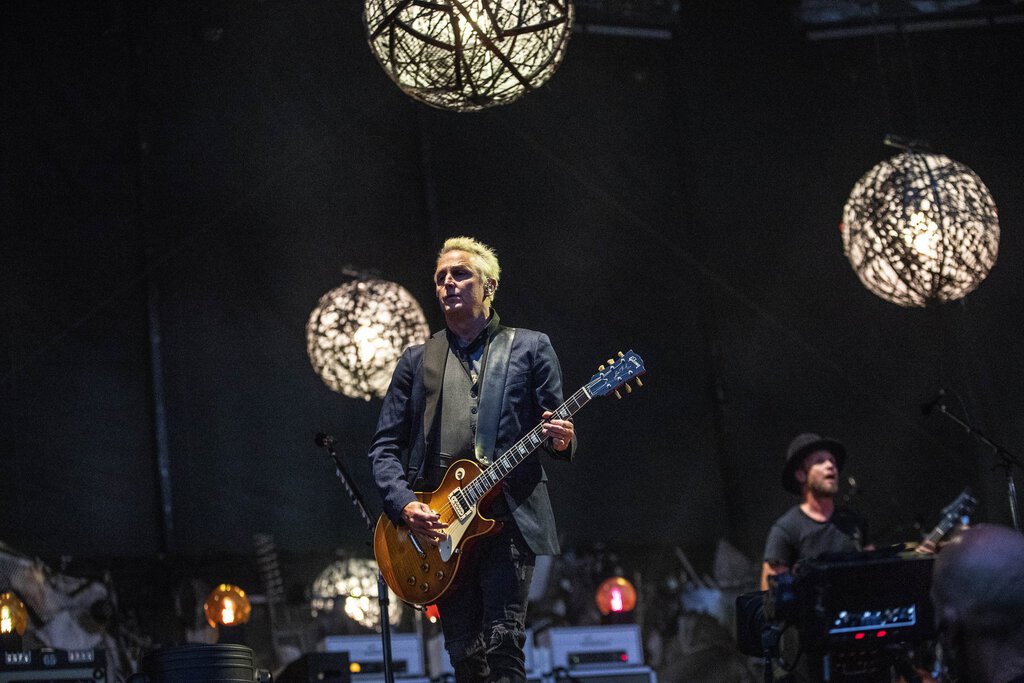 cross-posted from The Seattle Times

All the footage had been shot. Filmmaking superduo Jason and Jenny Koenig were deep into production on what looks to be Washington’s (virtual) concert event of the summer. The local husband-and-wife team, best known for making music videos for Ed Sheeran and their hometown rap-star bud Macklemore, are the creative leads behind All In WA: A Concert for COVID-19 Relief.

The telethon megaconcert — stacked with a who’s who of home-state talent including Pearl Jam, Brandi Carlile and Macklemore — was supposed to be equal parts fundraiser and Washington love fest to help cure the quarantine blues. A month ago, it seemed unfathomable that anything could supplant a world-altering pandemic at the top of the public consciousness. Then along came the civil rights uprising of a generation.

“The challenging part of this whole thing is that in light of the last two weeks, the tone of the world has changed,” Jason said. “When we set out to make this show, we were in a different place.”

Initially set to air the day after one of the memorial services for George Floyd, the Black man killed by Minneapolis police, sparking worldwide protests, organizers postponed the All In WA concert by two weeks out of respect and deference to the ensuing conversations about race, Jason says. The Amazon- and Microsoft-backed special will now air at 7 p.m. Wednesday, June 24, on KING 5 and KONG in Western Washington, KREM and KSKN in Eastern Washington, and stream online through Amazon Music’s Twitch account and allinwa.org.

Viewers can donate through the website, as well as by phone, text and snail mail. A rebroadcast will be available on Amazon Prime immediately after it airs. The all-local lineup features a roster of Seattle music heavyweights and celebs including Death Cab for Cutie’s Ben Gibbard, Sir Mix-A-Lot, Ciara and Russell Wilson, Sleater-Kinney, The Head and the Heart, Allen Stone and Dave Matthews, alongside up-and-comers like The Black Tones.

The postponement allowed time to make a few changes to acknowledge the current state of the world, rerecording a few of the segments and potentially splicing in Seattle images taken after the global demonstrations began. But by design, it’s still a COVID-focused show, with stories from people hit hard by the coronavirus and recipients of the funds woven between the pretaped performances. The All In WA special — which aims to raise $65 million in coronavirus relief — was organized by an umbrella group of the same name consisting of nonprofits, business leaders, philanthropists and public officials. At the time of the show’s announcement last month, the group had already secured $20 million in commitments and Earth’s richest human Jeff Bezos has pledged to match up to $25 million in donations.

Money raised will go toward various causes like youth homelessness, food security and economic relief and communities across the state disproportionately effected by the pandemic. “This crisis is really exacerbating the existing disparities that existed here in Washington,” said Michele Frix, chief strategy officer at the Seattle Foundation, which is spearheading the philanthropy side.

The concert was the brainchild of Washington’s First Lady Trudi Inslee, who was looking to drum up cash for the WA Food Fund, an effort to help food banks meet increased pandemic demand. After getting wind of the Bruce Springsteen-led Jersey 4 Jersey benefit concert across the country, Inslee figured we had enough musical firepower to pull off something similar. As conversations picked up around forming the All In WA coalition — sort of a statewide spinoff of the All In Seattle initiative that raised $27 million during the pandemic’s onset — the campaign expanded.

“It’s essential,” Inslee said of the sector-bridging partnership. “Because of the position the cities, states, federal government is going to be in financially because of the COVID crisis, the revenue that normally would fund many things … is not going to be there. We need to have help from all of those sectors to make up for those gaps.”

From the sounds of it, convincing corporate partners and Washington’s civic-minded artists to get on board wasn’t as hard as orchestrating the show’s 40 or so segments in the age of social distancing. Some artists simply sent in video they taped at home without much issue. Pearl Jam’s segment was apparently guided by Eddie Vedder’s daughters during a quarantine birthday party, while Dave Matthews submitted a single-shot self-recording with a homespun quality. (“It feels like your friend Dave just called you and is playing you a song,” Jenny said.

Still others had segments that involved more elaborate setups, and required coaching via Zoom for family members who became temporary videographers. For The Black Tones’ performance, Jason remotely directed a shoot that had one on-site camera operator running five strategically placed cameras (three of which were iPhones) in a reverberant warehouse that made communication nearly impossible once the beloved blues rockers fired up a cover of Jimi Hendrix’s “All Along the Watchtower” rendition.

“I equate Jason directing on [Zoom to a] superfan watching a Seahawks game where they’re yelling at the screen and thinking people are going to hear them and do what they say. That’s what it looks like,” said Jenny, who served as producer on the project.

Some of those COVID-era quirks might be part of the show’s charm. As the Grammy-nominated Koenigs got going with production partners Anonymous Content and Done + Dusted (which did LeBron James‘ and YouTube‘s recent graduation specials), some wondered what they could do to boost the production value. But rather than fight the scrappy, DIY nature of producing the show during a pandemic, they decided to embrace it, getting creative within its confines.

“There’s so many variables that you are not in control of that you would be in control of in a normal production,” Jenny said. “This is definitely in the time of COVID. In that way, it’s kind of a nice little time capsule to this crazy situation that we’re all living in.”