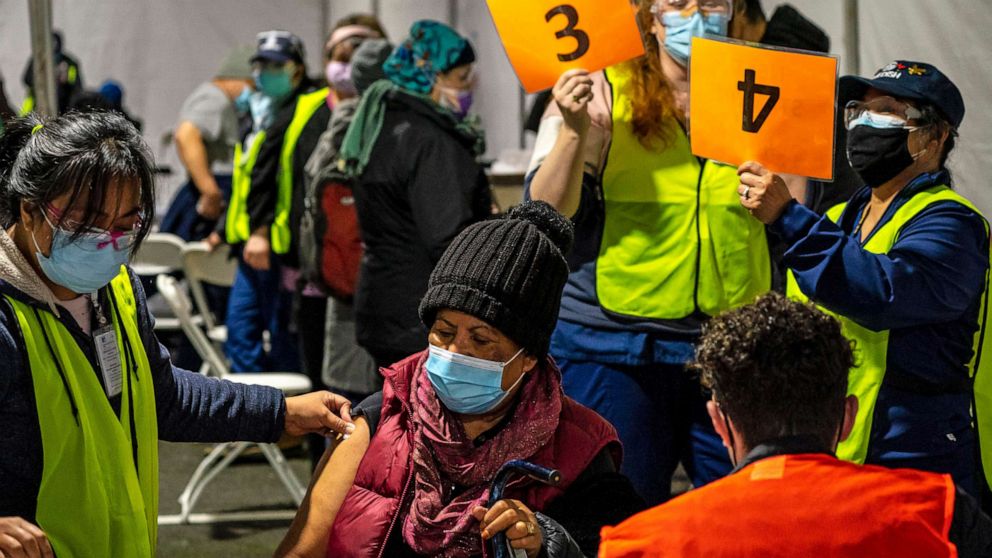 Washington state has announced a new plan to ensure minority communities receive COVID-19 vaccines after a report revealed how Hispanic, Black and multiracial populations have been comparatively under-vaccinated.

State and local leaders on Monday announced the All in WA Vaccine Equity Initiative, with the goal of raising $30 million — half public funds, half private funds — to inoculate underserved communities.

The majority of federal funds won’t be available until June, but philanthropic funds could be distributed quickly. So far, Starbucks’ foundation and Premera Blue Cross have announced support for the effort.

The move comes after the state’s department of health revealed data showing racial disparities in its vaccine rollout last week.

Just 4.7% of residents who received at least one dose of the vaccine were Hispanic, compared with 13.2% of the state’s overall population and nearly one-third of all cases in the state. And less than 3% of non-Hispanic Black residents have been vaccinated, compared with almost 4% of Washington’s population.

“The Vaccine Equity Initiative will deploy resources quickly to communities most impacted. Many of our partners are already engaging in outreach and education efforts to communities disproportionately impacted by COVID-19,” an All in WA spokesperson told ABC News.

Gov. Jay Inslee said the new effort “ensures that our hardest-hit communities have the information and resources they need to get vaccinated,” according to ABC Seattle affiliate KOMO.

Seattle Mayor Jenny Durkan called the effort a “critical moment to provide our community-based organizations with the resources needed to help ensure an equitable distribution of the vaccine.”

The funding will be administered by the All in WA Advisory group and will target the communities most in need.

The initiative pledges to aid local organizations, including community centers and churches, in registering people for the vaccine, providing technical assistance and person-to-person outreach to help ensure a lack of internet access or a language barrier doesn’t prevent someone from getting vaccinated.