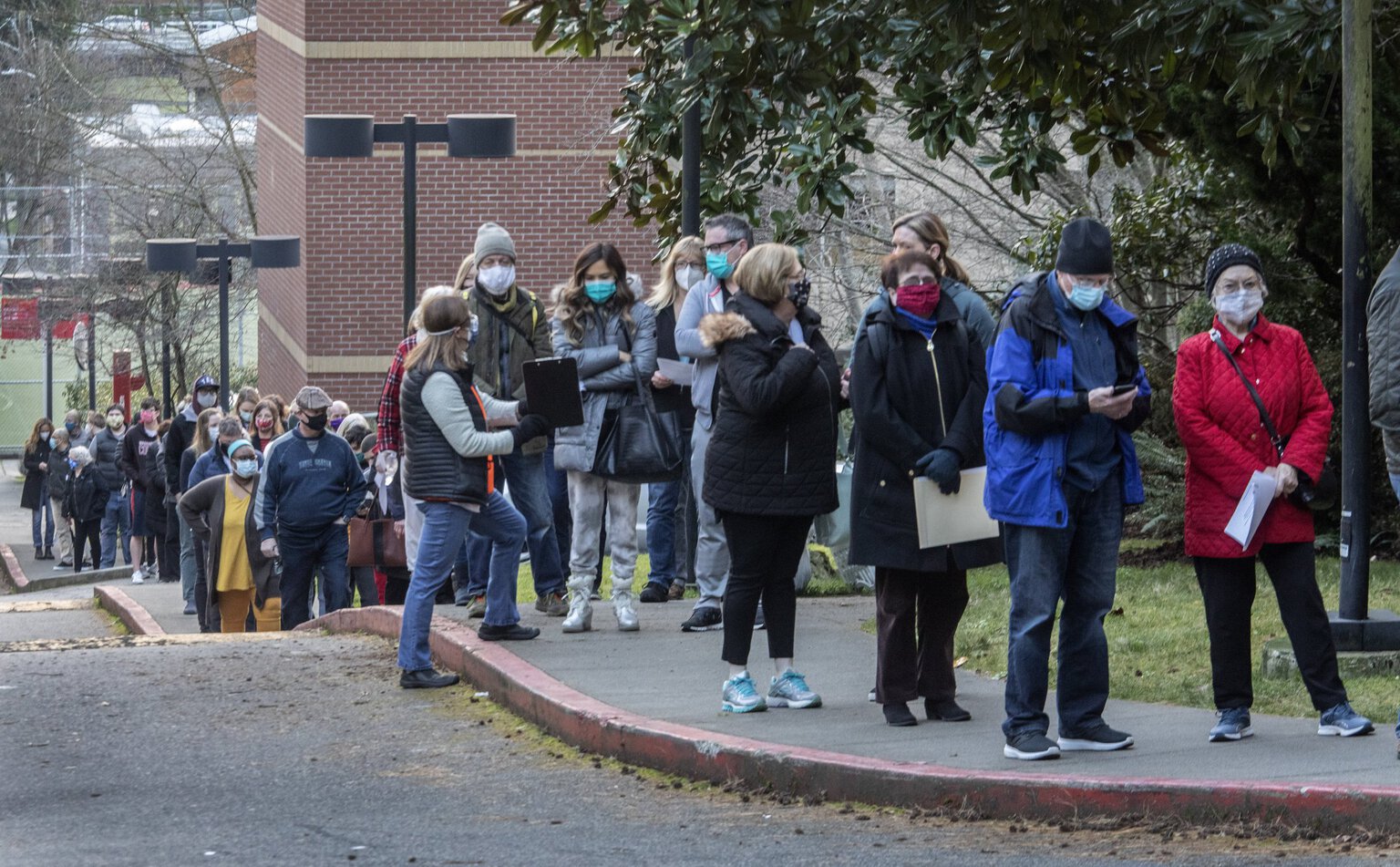 Originally posted on the Seattle Times by Scott Greenstone

The campaign, supported by The Starbucks Foundation and Premera Blue Cross, hopes to match $15 million in private donations with another $15 million from the state.

“We won’t get through this unless we’re all in it together,” Durkan said at a virtual press conference. “If we’re intentional, we can make sure we do get shots in arms, but we need to make sure we get them in the Black and brown arms that have been so impacted.”

The partnership didn’t disclose the level of support from private philanthropies but said it hopes to solicit donations quickly via allinwa.org while waiting on federal support that might not arrive until the summer.

First doses of vaccines went disproportionately to white people in Washington, although Black and Hispanic residents have tested positive for the coronavirus at a higher rate compared to white residents, according to state Department of Health data through January.

Black and Hispanic residents have been comparatively under-vaccinated compared to how much the illness caused by the coronavirus has spread in their communities.

Leaders of this partnership want to quickly deploy the money for technical and transportation assistance, mobile pop-up clinics in hard-hit areas, phone and text banking, translations of vaccination information to combat disinformation, and to hire more people at community organizations focusing on people of color.

There are many reasons Black and brown people in Washington are skeptical of the American health care system, some rooted in history, and some more recent, according to speakers at the Monday news conference.

Jesus Hernandez, CEO at Family Health Centers in Okanogan, said many of the Hispanic families in north-central Washington have always been very self-sufficient and are unused to turning to local doctors and clinics.

“We’ve had some folks from my area, who have had their relatives who’ve gotten the virus travel all the way to Mexico because they think they can get care over there that’s better than here, and that is a big concern for us,” Hernandez said.

“The reason that philanthropy is needed is that fundamentally public health is underfunded; they are stretched mighty thin right now,” Constantine said. “We are very grateful for (philanthropy) stepping up to fill the gaps created by our failure to step up over the decades. … It should also be a signal to us that we can do much better if we stepped up.”

Washington ranks 33rd among states for people with two doses of the vaccine per capita, according to data from the Centers for Disease Control and Prevention. For total doses administered per capita, Washington ranks 24th, trailing some states that have more aggressively launched mass vaccination programs.

The Seattle Times reported Sunday that Washington state has had to play catch-up after waiting to deploy the National Guard for logistics help and then opening up vaccines to everyone 65 and older when there wasn’t enough supply. The lack of attention to logistical challenges of vaccinations has caused chaos that allowed some wealthy people to jump ahead in line.

When asked about The Times’ reporting at the press conference, Inslee admitted there were missteps but said he didn’t regret the decision to open up the vaccine to every Washingtonian over 65.

“Could something have been done differently in a pandemic we haven’t experienced in a hundred years? Absolutely,” Inslee said. “If you are telling 65-year-olds they shouldn’t get this vaccine then be my guest. … We thought it was better to try and save some lives even if it was going to cause some frustration.”